Recreation Shelter by the Sea

This individual project was about a shelter on a private hypothetical land. I considered the use of the shelter as a secluded place to which one retires for meditation, peace, contemplation or privacy or as a place of escape from pursuit or from difficulties.

I chose a site close to the sea in order to parallel all the above to the mental getaway, the open horizon of the sea has to offer. As a consequence I wanted to give a changeable yet minimal form to the shelter, adapting to the visitors mood every time.

I came up with the idea of using vertical metal blinds all across its side facade, which have the following characteristic: They are rotatable and when open on the proper angle, they make an entrance to the shelter. The interplay of the different angles and the light/wind can give a unique feeling and sense to both the place and the visitor.

Other than that the shelter a plain geometric form with an exoskeleton structure, which was basically the extensions of the rotation mechanism of the blinds and some supporting columns.

The mechanism is the following: It is driven by a Somfy lT50 tubular motor. The motor drives an internally mounted 12.7mm marine grade s/s hex.axle via a reduction gearbox. Each individual blade is in turn driven by a precision engineered pivot gearbox. Both the top drive mechanism and the custom engineered bottom pivots sit within a 150mm x 75mm box section frame. Providing protection from the elements the 150mm x 75mm top and bottom frame also offers a visually pleasing scale alongside the large 800mm blades. 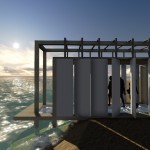 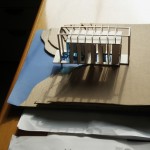 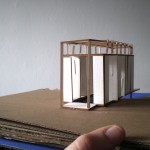 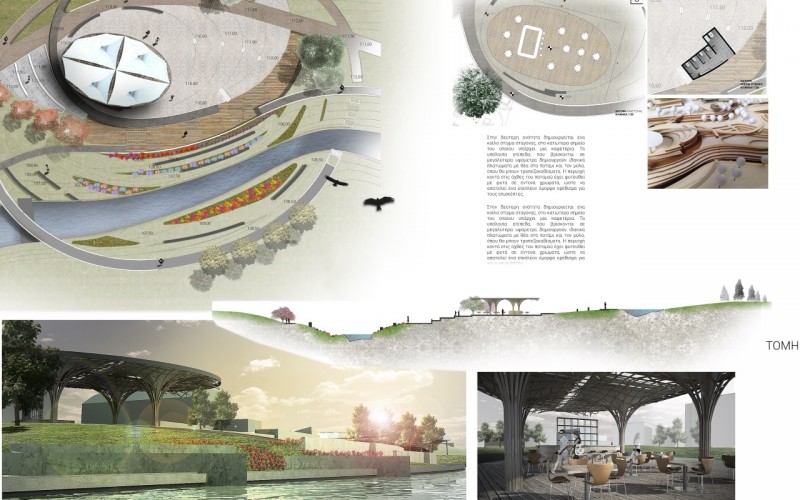 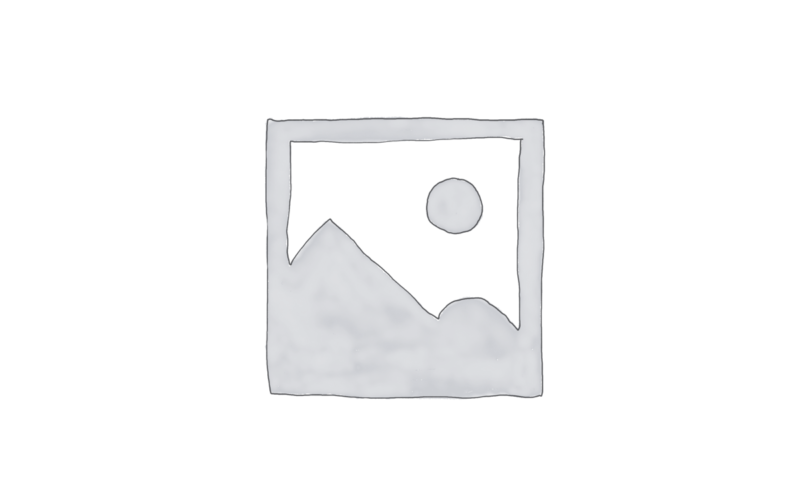